My workplace aquired a few of the 2018 Mac Mini’s so that we could upgrade our support for macOS users. Our plan was to use this machine as a cluster, ideally running ESXi on them. It was great when we read here that it appeared that ESXi 6.7 runs fine on those machines.

Nevertheless it was disappointing to see that a lot of things don’t work:

For us it was even worse: the model we bought has 10Gb NICs, which lacks ESXi drivers. This means that we could not even install ESXi on the Mac Mini, as the installer seems to require a driver.

Well, now we managed it.

Following some good tutorials here and here, I started an attempt to port the freely available Linux drivers from Aquantia. This was not an easy task, as VMware does not document all that well how to setup the environment for building up things. After a while, with a proper configured CentOS environment, I started the process.

But then I’ve hitten a wall, and couldn’t go further. On a desperate attempt, I contacted Aquantia to see if they were interesting into porting their Linux drivers to ESXi. Well, it turns out they were, and today I finally got a candidate version that worked amazingly well on our Mac Mini’s. 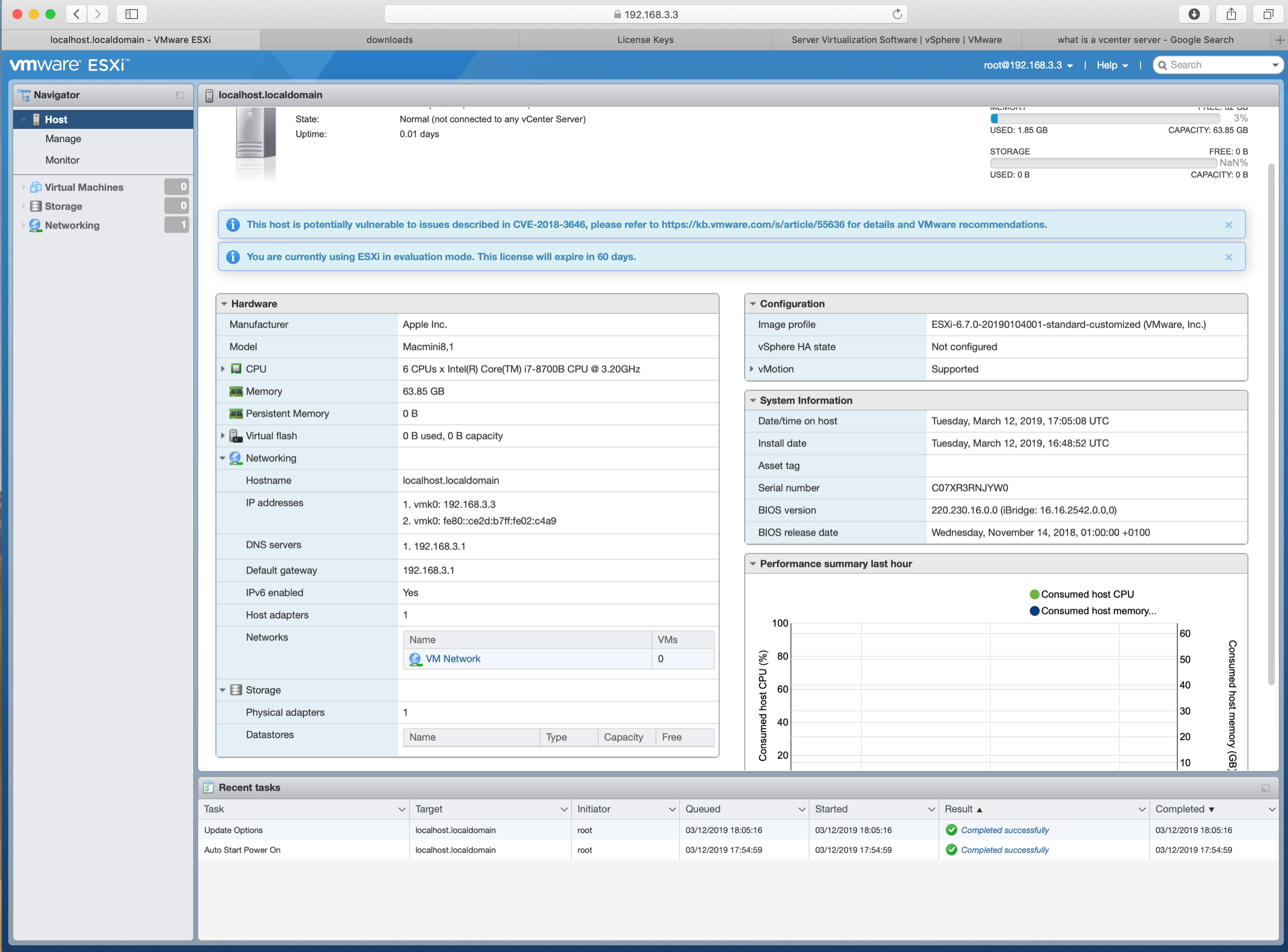 I haven’t tested it exhaustively so far, let alone on a 10Gb switch, but so far, so good.

The Aquantia folks did all the job, so I’m really grateful. From what I understand they are going to release the driver in the near future when things are ready on their side.

It’s great to know that the Mac Mini can be a viable option to run ESXi. Of course, because the Mac Mini is not a supported platform for ESXi, it is uncertain how things are going to be after VMWare drops support for Vmklinux-based drivers.

On top of that, somethings to notice:

Long story short, things look promising. Due to Apple licensing terms, we can only run a virtualized instance of macOS on Apple hardware. Using macOS VM’s could help us on our job, and the nice work of Aquantia is going to make that possible.

Leave a message in the comments if you too are contemplating running ESXi on a 10Gb Mac Mini!

(UPDATED on 13.3.2019 to correct info on Apple’s USB Ethernet adapter.) (UPDATEd on 6.4.2019 to include information about the public availability of the driver.)